1/28/13 Tony Flannery-an Angelic troublemaker
http://bilgrimage.blogspot.com/2013/01/father-tony-flannery-speaks-out-about.html
5/7/12
A statement from the Association of Catholic Priests in Ireland.
http://www.associationofcatholicpriests.ie/2012/05/statement-from-towards-an-assembly-of-the-irish-catholic-church/

Ireland to close Vatican embassy following child abuse row
(AFP) – 4 hours ago
DUBLIN — Ireland said Thursday it would close its embassy to the Vatican as part of a shake-up of its missions abroad following a row with the Holy See earlier this year over a child sex abuse scandal.
"It is with the greatest regret and reluctance that the government has decided to close Ireland's (embassy) to the Holy See," said a statement from the foreign ministry.
Foreign Minister Eamon Gilmore said the move was not connected to the row with the Vatican which was sparked by a July report into a long-running abuse scandal in the diocese of Cloyne, insisting it was aimed at saving money.
"I very much regret that due to the financial constraints that this country is under at the moment that we have to reduce the number of missions that we have abroad, including the mission that we have at the Vatican," he told RTE state radio.
The foreign ministry added in a statement that "the government believes that Ireland's interests with the Holy See can be sufficiently represented by a non-resident ambassador."
Cardinal Sean Brady, the ecclesiastical head of the Roman Catholic Church in Ireland, expressed his "profound disappointment" at the decision, which was relayed to him by Gilmore in a telephone conversation earlier Thursday.
"This decision seems to show little regard for the important role played by the Holy See in international relations and of the historic ties between the Irish people and the Holy See over many centuries," said Brady in a statement.
"I hope that today's decision will be revisited as soon as possible," he added.
The Vatican took note of Ireland's decision and stressed in a statement: "What is important are diplomatic relations between the Holy See and other states, and in the case of Ireland they are not brought into question."
The Irish ministry also announced the closure of the embassy in Iran and a representative office in East Timor as part of the overhaul, which it also insisted were aimed at saving money in the wake of the financial crisis.
Predominantly Catholic Ireland has traditionally had close links with the Vatican and the embassy was opened in 1929 but Dublin and the Holy See fell out dramatically earlier this year.
The July report into more than a decade of abuse by priests in the diocese of Cloyne condemned the Church's handling of abuse claims against clerics as inadequate.
The report sparked outrage in the Irish government and triggered an unprecedented attack by Prime Minister Enda Kenny who called the Roman Catholic Church's behaviour "absolutely disgraceful".
The Vatican subsequently recalled its envoy to Ireland in order to formulate an official response.
The decision to close the missions followed a 2009 report on public expenditure savings choices for the government which said Ireland had 76 embassies and consulates compared to 40 in 1989.
The report recommended reducing the number of embassies and consulates to 55.
Thursday's foreign ministry statement insisted the closures were aimed at saving money and made no mention of the child sex abuse row.
"In order to meet its targets under the EU/IMF programme and to restore public expenditure to sustainable levels, the government has been obliged to implement cuts across a wide range of public services," it said.
"No area of government expenditure can be immune from the need to implement savings."
Dublin was forced to turn to the European Union and International Monetary Fund in November last year to seek an 85-billion-euro rescue package following a financial crisis.
Ireland has had an embassy in Tehran since 1976 but trade volumes with Iran had fallen short of expectations, said the statement.
The Irish mission in East Timor had been in place since 2000, two years before independence, said the ministry.

Comment: As one man, Edna Kenny, dared to address the abuses of children, the entire country is now "recalibrating" their relationship with the Vatican.  I have done this also.  As I experienced the use of political power to "recalibrate the church to a pre-Vatican tradition",  I have come to terms with "Catholic Identity." realizing the present administration is working to move us far afield from gospel witness to their false notions that Christ is represented best in a clericalized monarchy.

Bystanders No More-Standing Up to Hierarchical Bullying

This series of articles gives witness to those who remain  no longer choose to be a bystander.  All articles promote a change of heart and a courageous stance against violence of any kind made by a hierarch toward the faithful.
Click on the dot below!  It is from Pittsburgh-put up by their Call to Action the week Fr. Roy spoke about Women's Ordination.  157 priests signed a petition in support. 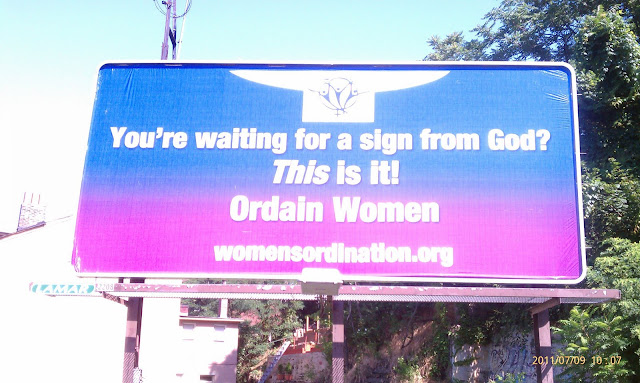 Civil Servants Speak out in Ireland.....
http://www.time.com/time/world/article/0,8599,2085306,00.html#ixzz1TJdobwr5
The Breakup: Why Ireland Is No Longer the Vatican's Loyal Follower

Read more: http://www.time.com/time/world/article/0,8599,2085306,00.html#ixzz1Tlkggnq1
"Kenny has been widely hailed for his speech. He told reporters on Sunday that he had received thousands of messages of support and was "astounded" by the number of clergy who told him it was "about time."

What You Won't Hear in Your Parish

Oakland, CA - April 7, 2010 - Fr. Tim Stier speaks up: Five years ago, March 15, 2005, while on sabbatical after 25 years of ministry as a priest in five parishes in the Diocese of Oakland, California, I met with my bishop, Allen Vigneron, and informed him I was choosing voluntary exile from active priesthood until he was willing to initiate a public dialogue about clergy sexual abuse, the exclusion of women from the priesthood, and doctrinal and actual discrimination against gay persons.  Because I was refusing an assignment, I stopped receiving a salary, health insurance and retirement accrual.
.........
As for my fellow priests and why we don’t hear from many of them about this crisis, they tend to place obedience to their bishop ahead of the protection of children, full inclusion of women, and justice and respect for gay persons.
http://www.richardsipe.com/Miscl/2010-04-07-priest_speaks.htm

Comment:  To answer this question- they, your fellow priests, are not willing to be put in your position Fr. Tim.....no salary, health insurance and retirement.....if laity could attend to and solve this problem...many more would speak truth to power!  God bless you Fr. Tim....Thank you Richard Sipe for continuing to hold the flame high so I can see.

Criminal Charges against Dr. Joseph Ratzinger, Pope of the Roman Catholic Church on grounds of Crimes against Humanity
pope-lawsuit-2011(4).pdf